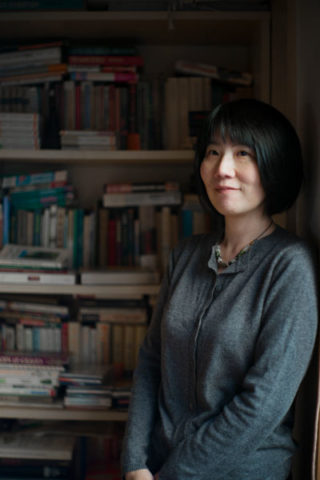 A playwright and novelist. Born in Tokyo. BA in Department of Architecture, Musashino Art University. She started her career of playwright in 2007, and since then she has been writing many original plays upon requests. She moved to Osaka in the summer of 2011, and established a drama group “Akariza.” After returning to Tokyo in 2016, she continues her creative activities by herself.

One of her masterpieces is “FORMOSA!”, written in 2010. This play depicted Taiwan during the Japanese colonial era, and that was awarded the grand prize of the Osaka Theater 40th Anniversary Drama Award. In 2011, she wrote a short play “HASSAKU” depicting Tokyo immediately after the nuclear power plant accident. This play featured in the charity project “SHINSAI: Theaters for Japan” launched by New York City’s leading theatre companies, which took place at regional theatres throughout the United States on 11 March 2012, the first anniversary of the great earthquake. Her other representative works of play are; “Hito no kaori (The traces of humanity)” depicting a mother-daughter relationship while they are involved in a theft of an artificial limb, “Shiroi hana o kakusu (Who hid her white flowers?)” depicting the dilution and moral collapse of NHK’s TV programs, and more.

In 2020, her first novel “Akai suna o keru (Kicking red sand)” was published, and nominated for the 163rd Akutagawa Prize.

“A hummingbird laughs at you”
Premiere: 2010, the second performance of Unit Erisuguri (lead by Eri Watanabe)

“Is it possible for a sexual assault survivor to dream?”
Honor: nominated for the 23rd OMS Drama Award
Premiere: 2015, the Katteni Suzukuri Project of Akariza x Urabe, performed at SPACE Kyoumon planned site

“We are dancing on the border”
Premiere: 2015, the collaboration performance of Akariza x Koku Ryodan